Armed with a new, prestigious title and his family and friends still at his side, vampire Christian Brookwater has spent the last four years helping to cure the werewolves of their insatiable bloodlust. The only problem is that his funding is coming from vampire taxes. Christian is about to be called on the mat for it and must defend himself on national vampire television!

Meanwhile, a vengeful goddess with ties to the Original Vampires begins uniting old enemies, encouraging betrayals and murdering friends. Christian’s closest allies, Jeremiah the werewolf king and Caleb the shape-shifter, must step up and have his back like never before, as the Heroes of The Battle of Osaka find themselves assailed from all sides.

Personal drama also unfolds as Christian and his second in command, Helen, each find themselves embroiled in separate but equally volatile love triangles, one of which will result in a surprising fatality. Secret alliances will be revealed, deals will be brokered, villains will emerge and heroes will rise. Most shocking of all, Christian Brookwater will come to learn that he is, and always has been, MORE THAN JUST A VAMPIRE!

5.0 out of 5 stars The best yet! Waited too long for this! It's the best volume yet! Steven Van Patten really ties it up in a beautiful bow. A must-read! 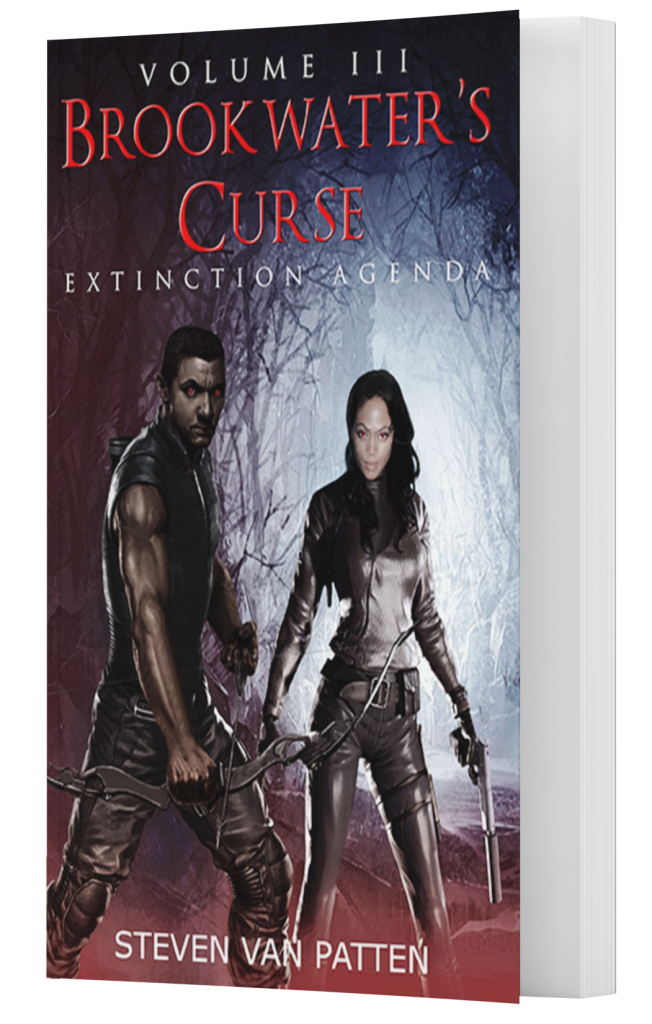