Brooklyn native Steven Van Patten is the author of the critically acclaimed Brookwater’s Curse trilogy, about an 1860s Georgia plantation slave who becomes law enforcement within the vampire community. In contrast, the titular character in his Killer Genius series is a modern day hyper-intelligent black woman who uses high-end technology as a socially conscious serial killer.

Along with a plethora of other honors and accolades, SVP won three African-African-American Literary Awards in 2019, two for Hell At The Way Station (Best Anthology and Best In Science Fiction) and one for Best Independent Publisher. He’s also written episodes of the YouTube series’, Extra Credit/Extra Mythology, and is currently a contributor for the Viral Vignettes, a charity-driven YouTube comedy series benefitting The Actor’s Fund.

He uses his full name on Facebook but goes by @svpthinks on Twitter and Instagram. When he’s not creating macabre literature, he can be found stage managing television shows primarily in New York City and occasionally on the West Coast. Along with being a member of the New York Chapter of The Horror Writer’s Association, he’s also a member of The Director’s Guild of America and professional arts fraternity Gamma Xi Phi. His website is laughingblackvampire.com. 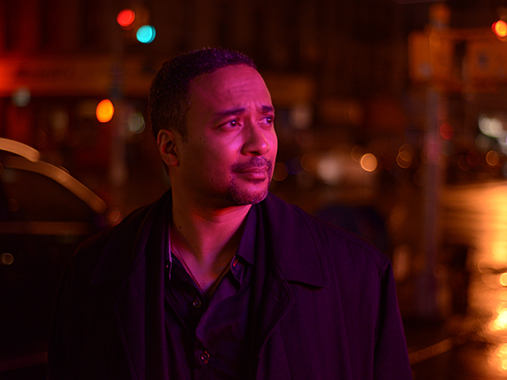